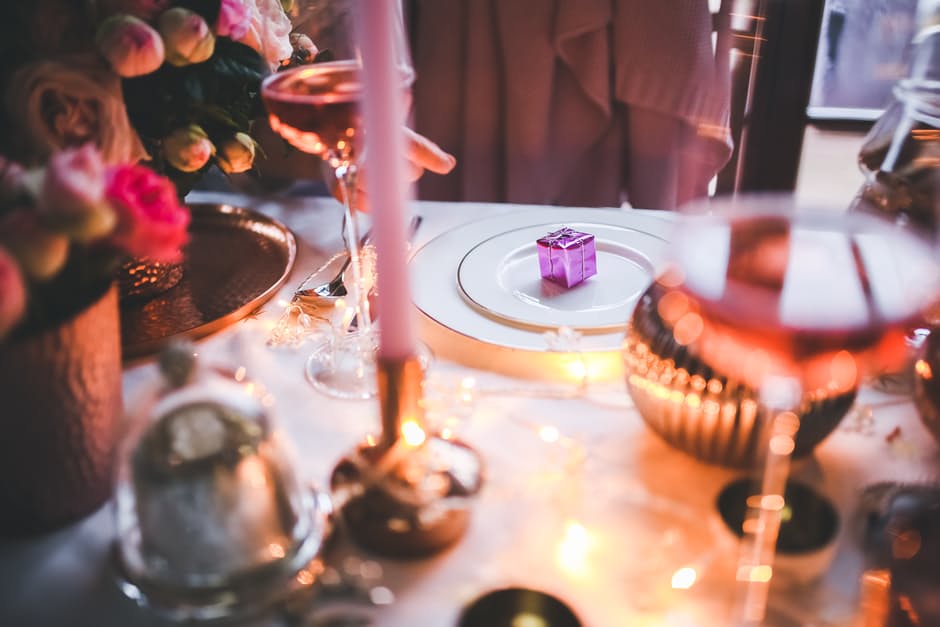 Holidays are stressful for mostly everyone. We often find ourselves over-extended. Our calendar may fill up quickly, causing us to juggle work parties, social gatherings for all the roles you play in life, ranging from your book club, to your church groups, to your volunteer activities. And these commitments multiply if you have children. We feel pressure to make holidays the most wonderful time of the year, not only for them, but perhaps something worthy of some humble bragging on social media.

Holidays can also do a number on our relationships. Even happy relationships can fall victim to the heightened expectations of the season. What do you buy for the special someone in your life? And what message will your gift convey? Will the other half be expecting the vehicle with the bow on top that causes your person to go weak in the knees? Are they expecting a proposal? Are you concerned that giving a certain item will suggest feelings deeper than what you actually feel?

An area of interest in my practice is infidelity and those affected by it. So at this time of year, I consider the myriad ways infidelity is both experienced and executed during this season of amplified expectations, stress on our schedule, and our bank account. Most people who have never experienced infidelity or been a friend to someone in that situation see these situations as solely about the “cheater” and the “cheated-on”. (Just a quick note…the usage of the word “cheating” as shorthand for infidelity isn’t my usual go-to and I try to avoid using it if possible.) But realistically, the subject is significantly more complex.

Consider the perspective of a single man in a relationship with a married woman. What he is dealing with, specifically during the holidays, does not tidily fit into the narrative of the way many conceptualize infidelity. Someone like this guy I’ll call Bob is dealing with stressors that are not visible unless you have an in-depth conversation with him. Bob is a guy I’ve created for the sake of this blog post and, while he does not represent any real client, his experiences are a composite of those I have worked with over the years.

So here is what Bob is dealing with at the holidays. But first, let’s learn a little bit of Bob’s back-story.

Bob has been divorced for about three years and has no children. He is 38 and works for an accounting department for a major corporation. Not only does he find satisfaction in his work, but he also is regularly recognized for his exemplary contributions and he is financially comfortable as a result.

What Bob’s mom doesn’t tell her lady friends is that Bob is in a relationship. They have been together for about eight months and Bob’s mom really likes her. Her name is Maureen. She has two adolescent children and she is married.

Bob’s mom keeps this relationship to herself. Not necessarily because she is ashamed of her son’s relationship, but revealing the nature of it comes with the understanding that it is not discussed. This adds to Bob’s stress during the holidays. His mother is the only one at the family Christmas gathering who knows about the existence of Maureen. For this, Bob is grateful. He appreciates that his mom respects his privacy and she does so with compassion and without judgment.

Not everyone in Bob’s family would be as compassionate. Bob knows he’d hear about it in many ways from family members if they found out about Maureen’s own relationship status. He gets enough ribbing from relatives about still being single, even when he tells them he’s dating, but hasn’t found the right person yet. Bob isn’t sure people would understand the position he’s in if they found out and historically, most people in his family are not what anyone would necessarily call “supportive”. They’ve always said they want the best for Bob, even when he was getting divorced, but he felt their judgment. In fact, he had heard through the family grapevine that his brother told their cousin that Bob was an idiot for leaving his wife.

So when it comes time for holidays, Bob puts on a brave face and pretends to be someone else when they’re all together. Bob feels nervous about the upcoming Christmas gathering. Uncle Ray always shows up with a pre-buzz and his too-loud speaking voice. Their cousin Elizabeth never cared for Bob and he knows she won’t say more than two words to him. Those words will likely be “Merry Christmas” and not much more than that. Whenever he sees the various children of his relatives since his divorce, he wonders if he’ll ever have children of his own.

Bob also knows that if some of these family members knew about Maureen, they’d tell him all the stuff like “you can do better” or “what are you thinking being with a married woman?” He would feel embarrassed and ashamed and yet, conflicted because he loves Maureen so much and is optimistic that they will be together when she leaves her husband. Bob knows what society thinks about a guy like him and he used to feel the same way. Until he began to have feelings for Maureen. He will think about her during dinner, just like he did at Thanksgiving, and also think about what it will be like when they are able to have their own Christmas later that week when they will be free from their family obligations. They’ll text back and forth when they get the chance. They’ll tell say they miss each other.

Holidays are mixed for Bob. Bob loves his family, with their loudness and drinking and less-than-supportive ways of relating. He knows they’ll always be there if he needs them, just like they’ve always been. But Bob isn’t about to advertise what is going on behind the scenes in his life.

You might be wondering why I’ve spent all this time writing about Imaginary Bob. And Bob’s mom. And the peripheral family members. Well, like I said above, issues relating to infidelity go beyond the one individual who has left their own primary relationship. That person in this scenario is Imaginary Maureen. But all the people mentioned are affected by this. Bob is a single guy and it kills him sometimes that Maureen isn’t free and clear to even hold his hand in public. Bob battles depression, sometimes drinks too much to cope when he’s home alone and Maureen is doing the wife and family stuff. Someone like Bob is the typical affected-by-infidelity client I work with.

You may be saying, well, maybe Bob shouldn’t be with a married woman. But alas. Bob is. And Bob needs some support. That support may come in many forms, including psychotherapy. A nonjudgmental and compassionate therapist will listen to Bob and allow him to reveal himself openly – something he has been unable to do as long as Maureen has been in his life. He may begin to feel unburdened and more willing to feel the feelings he’s possibly stuffed away. Whether Bob and Maureen continue is not the goal of our work, unless it is Bob’s goal. It is not the view of the therapist to advise clients to go one way or the other. We merely allow our clients room – both in the physical space of the office and emotionally – to explore where they are at.

If you are somewhere like Bob is, or Bob’s mom, or Maureen, or even Maureen’s husband, I can help you parse through these complications in your life. My office is located in Livingston, NJ and I can be reached at cmgsnyder@gmail.com or 201-248-5552.